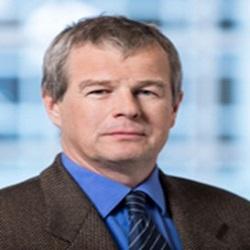 Steven Ongena is a professor of banking in the Department of Banking and Finance at the University of Zurich, a senior chair at the Swiss Finance Institute, a research professor at KU Leuven, and a research fellow in financial economics of CEPR. He is also a research professor at the Deutsche Bundesbank. Before moving to Zurich, he taught at CentER-Tilburg University and BI Norwegian Business School and studied at the Universities of Oregon (PhD), Alberta (MA) and KU Leuven (MBA, Hir).

Bruno S. Sergi serves as an instructor at Harvard University, where he teaches “The Economics of Emerging Markets—Asia and Eastern Europe” and “Political Economy of Russia and China.” Dr. Sergi serves as Center Associate of the Davis Center for Russian and Eurasian Studies at Harvard University. Concurrently, Dr. Sergi teaches “International Economics” and “Political Economy and International Finance” at the University of Messina.

Dr. Sergi has performed extensive consulting services for the private and government sectors. Since 2009 he has coached two networks of trade-union economic experts: the SEE TUs Economic Experts’ Network and the NIS TUs Economic Experts’ Network, both of which are under the framework of the Pan-European Regional Council of the International Trade Union Confederation. He has done research at a number of national central banks in Western and Eastern Europe (e.g., National Bank of Poland, Czech National Bank, and the National Bank of Belgium).

Dr. Sergi’s extensive academic career, publications, and advisory roles with the leading international institutions have established him as a premier expert, frequent guest, contributor, and a commentator on the matters of contemporary developments in political economy and emerging markets in a wide range of media.

Sergi has authored or co-authored books and journal articles on transition economics, international macroeconomics, and global business, the most recent book titles being Economic Dynamics in Transitional Economies (Routledge 2003); Global Business Management (Ashgate 2007); The Political Economy of Southeast Europe from the 1990 to the Present (Continuum 2008); Misinterpreting Modern Russia: Western Views of Putin and His Presidency (Continuum 2009); and Cross-Cultural Management: Discovering a Mosaic of Words and Concepts (McGraw-Hill 2012).